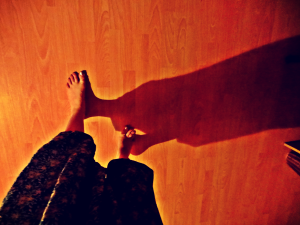 A lifestyle blog. Musings on adventure, climbing and the quest for a simple lifestyle.

We all have days where you feel like just lying at home in bed all day because venturing outside would be pointless and you know it wouldn’t really do any good. Some days are worse than others. The thought of talking to other people reminds you of the futility of the O2-CO2 gas exchange.

But here are 9 precious songs (and the stories behind each) that I’ve been introduced to through strange, fateful windows of conversation:

I was sitting in the student common area during my first week of university, completely downtrodden. My classes were all too boring and easy, except one, which was way too hard. I felt completely alone but at least I had a nice grilled sandwich. Then I noticed this lone guy, who happened to be Craig Cardiff, up on the little stage across the room. As I listened, his music enchanted me and I clapped loudly after each song.

I can’t say I actually said a word to Craig Cardiff, but if you ever read this post, Craig, here’s a poem I wrote in response to your beautiful songs: Tattoos of the Prairie and the Sea

I signed up for an extra shift at work one morning: two 45 min blocks of general introduction to climbing for groups of new students living in residence. They arrived without waivers signed, then we proceeded to pack thirty frenetic first-year adult bodies into our tiny boulder lounge. One girl watched my coworker climb an easy route and declared, “Okay, I’m actually so impressed right now.” She’s now my best friend.

The next day I saw her, she asked me where to find her Women & Gender Studies classroom, assuming I was an older student. It was in fact my third day of university, and I was looking for the same classroom. ‘Twas fate. This is her favourite song:

3. Think About It- Kaboose

I had a coworker in the summer who I’d known around the climbing wall for ages as a really cool guy. Sick artistic and musical taste, previous coach of the youth team I now run — a really sweet guy with the kids. Having him complimenting my music taste one day was pretty swell…here’s some of his…

There’s something about the atmosphere of Chapters, with the glowy lights, aisles of books and chill vibe: it’s a safe escape. One evening I went out for a celebratory dinner at Famoso with my summer camp colleagues, and it was just a lovely night of fun conversation. Afterwards, I wandered down the street to Chapters with a glowing aura and a desire to read.

This is the classic song I associate with Chapters (good marketing? yup.), and it was playing that evening. (And yes, it’s from the 60s!)

I don’t actually watch the TV show Suits but my best high school friend sure does. We used to blast this song from our hangout zone on the east stairwell in senior year. It’s probably the only song of hers that’s made it into my music collection, other than our shared taste in 70s/80s music.

Yes, this song dates back a couple years to the craze of Hozier’s hit single, Take Me to Church. I just kept hearing this particular song, Jackie and Wilson, played around the climbing scene of my city and the only lyric I could pick out was 🎵🎵”we’ll name our children Jackie and Wilson…“🎵🎵One of my climbing buds/rivals would always sing along, and I had to learn the lyrics…

If you’ve been following my blog for some time, you may already be familiar with my love for this band (more here). Or you may have heard their hit “Oh, home, let me come home, home is wherever i’m with you…”🎵🎵 on the radio. One day some new kids joined the team I was on, I sensed this one guy would be a great climbing partner, I turned on my extraversion, and we clicked.

Eventually we swapped music and I’ve basically loved every single one of this band’s songs since:

It’s just absolutely delightful music! To start, I recommend every song on the album ‘Here.’

This week in my Women & Gender Studies class we were invited to sing an empowering “feminist anthem” as part of our case study of music. I was considering performing something but I couldn’t think of a great example and didn’t end up preparing anything! My mum kept dropping the line “I’m 32 flavors and then some” when suggesting songs and I didn’t really catch her reference until I finally looked it up.

This song has such a beautiful melody of wisdom and acceptance that I can’t believe I’ve never heard before! And such brilliant lyrics…

I guess I can’t just talk about all these influential people in my life without talking about my sister. She does have some cool music taste, like Sigur Rose and Phoria. It wasn’t until last year that I ever really asked her about her music taste at all…

Strange. Anyways, here is just one of the songs she recommended, which I also somewhat embarrassingly put on a mix-tape for my mum (The first line is “make love to me one more time” 👅) It’s really chill and great to study to (and perhaps more? 😉).

To all of you I mentioned, thank you for sharing these slices of your life with me. Music speaks of all the love in the world — which it turns out there is a whole fucking lot of. So if you’re lying there questioning what good getting up and going out into the big wide world will do, I’m not going to tell you you’re wrong. I understand. I’m just hoping you’ll think of the music your fellow human being have written, sang, and shared with you…it’s kinda cool.

Here’s my song for you: